Regardless of your views of free trade versus trade protectionism, with our changing administrations the change in trade policies will likely be very disruptive to workers.

Tim Worstall in Forbes (December 26, 2016) writes about the considerable disruption any sort of trade policy change causes – whether protectionist or free trade.

“What the coming trade war will do, however, is cause a lot of disruption. Today’s world economy is built around “value chains” that spread across borders: your car or your smartphone contain components manufactured in many countries, then assembled or modified in many more. A trade war would force a drastic shortening of those chains, and quite a few U.S. manufacturing operations would end up being big losers, just as happened when global trade surged in the past.”

(An important note:  Krugman won his Nobel prize in Economics for his work on world trade.)

Worstall also cites a scholarly study done on the impact of free trade:

“China’s emergence as a great economic power has induced an epochal shift in patterns of world trade. Simultaneously, it has challenged much of the received empirical wisdom about how labor markets adjust to trade shocks. Alongside the heralded consumer benefits of expanded trade are substantial adjustment costs and distributional consequences. These impacts are most visible in the local labor markets in which the industries exposed to foreign competition are concentrated. Adjustment in local labor markets is remarkably slow, with wages and labor-force participation rates remaining depressed and unemployment rates remaining elevated for at least a full decade after the China trade shock commences. Exposed workers experience greater job churning and reduced lifetime income. At the national level, employment has fallen in U.S. industries more exposed to import competition, as expected, but offsetting employment gains in other industries have yet to materialize.”  (Italics added for emphasis.)

Worstall’s (and Krugman’s) conclusion is that free trade is a good thing, but really that’s beside my point.

If you are educating young people, the crucial idea here is that every time the political/economic winds shift, there will be employment disruption.  How do we prepare our kids for this eventuality?  The winners will be those who can adapt quickly.  And the consequences of losing are likely to be much more difficult.

I can think of two occasions where either the Democratic (1994) or Republican (2008) party were declared dead on arrival, and I certainly don’t buy the idea that the Democratic party is dead today.  It seems reasonable that the political winds will shift once again.

I distinctly remember reading an article way back in 1992 to the effect that, economically, it really did not matter who won that election:  Either President (George H.W.) Bush or President Clinton would be forced into similar economic policies (e.g. smaller government/deficits, free trade) or the United States would suffer significant punishment in the world markets.

With the Trump administration, that is clearly no longer the case. Whether you agree or disagree with these changes, clearly significant changes are coming economically.   And these will be disruptive, period.

Thus, the long-run question for Christian education – Can we train up children who can readily adapt and change when the political and economic winds shift?

(1) Work full-time with an employer who will develop skills in you that are readily transferable to other labor domains,
(2) Simultaneously, develop a part-time entrepreneurial enterprise to “fall back on” if needed, and
(3) Pursue your ultimate “dream job” scenario with remaining available time.

I actually followed his advice, which is why, back in 2000, I was able to launch GraceWorks.  And I continue to pursue (3) in my not-so-spare time.

The point being, what Reich suggests is a workable strategy, and it is hard.

BUT ... entrepreneurship is actually declining with young people in the United States, according to an important just-released economic report by the Gallup organization.

What are we doing, as Christian schools, to help our Jacks (and Jills) be nimble and quick in our rapidly changing economic world?  Because rest assured, it is going to keep changing.

At a minimum, we have to get our entrepreneurial parents and supporters in the classrooms.  We must! 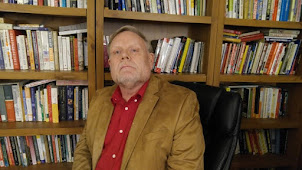